[Crazy Charts] G-DRAGON At No.1 Spot For Three Days in a Row and is Kicking Off his Solo Tour Today 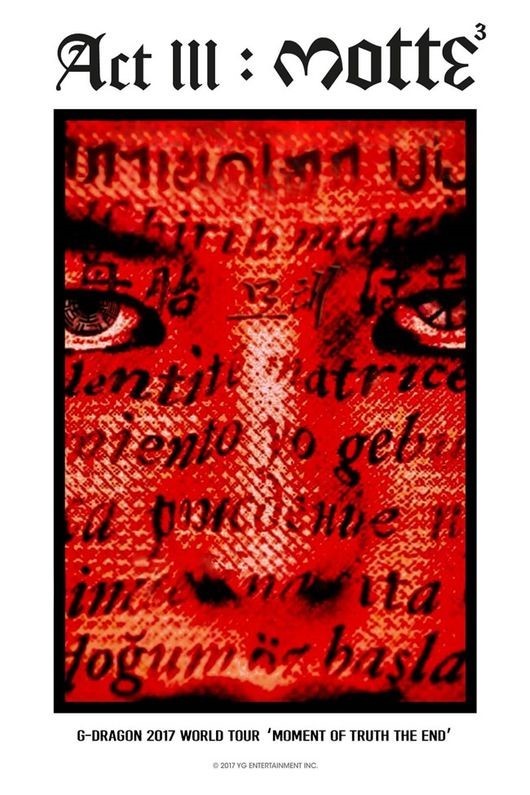 [OSEN=최나영 기자] G-DRAGON’s new album has taken the No.1 spot for three days in a row, and today, he is meeting his fans for the first time after releasing his new album.

As of 7 AM on June 10, G-DRAGON’s new song “UNTITLED” ranks No.1 on Korea’s seven major charts including Genie Music, Naver Music, Olleh Music, Soribada, and Mnet.com. It has been at the No.1 spot for three days in a row.

All the songs in G-DRAGON’s new album, “UNTITLED”, “BULLSHIT”, “SUPER STAR”, “MIDDLE FINGERS-UP”, and “DIVINA COMMEDIA” are ranking high on the charts.

Originally the title track was “BULLSHIT”, but G-DRAGON had a change of heart and decided to make “UNTITLED” the title track. People thought it was unusual that G-DRAGON chose such a slow sentimental song for the title track, but now, he has proven that his choice was right.

The concert will consist of three parts: KWON JI YONG’s teens, twenties, and thirties expressed as the past, present, and future. G-DRAGON will tell the story of himself as an artist and himself as just a regular person about to start the third stage one’s life. It will be a chance to loneliness and anguish in G-DRAGON’s life behind all the glamour and fame of his life as a star.