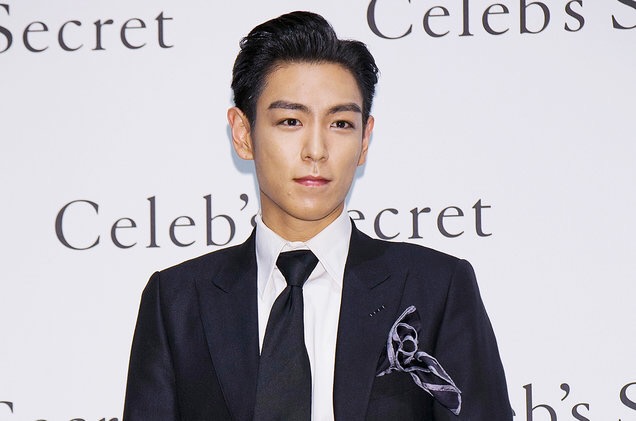 After being found unresponsive due to a drug overdose, Korean music icon and actor T.O.P was hospitalized earlier this week but is now conscious and receiving treatment.
The BIGBANG rapper was brought to a hospital in Seoul on Tuesday when he was found unconscious after overdosing on prescribed tranquilizers while serving his mandatory military service as a policeman in Seoul.
A staff member from Ehwa Mokdong Hospital told Korean media on Thursday that the rapper had gained consciousness, according to a news article shared on the website of the rapper’s label, YG Entertainment. The following day, T.O.P was seen being transferred from Ehwa Mokdong Hospital’s intensive care unit to another hospital, where he will receive treatment in a psychiatric ward.
T.O.P was brought to the hospital a day after being indicted without detention on charges relating to marijuana use. Days before, it had been revealed that the musician was under investigation after he tested positive for the drug, which is illegal in South Korea, while fulfilling his mandatory military service as a conscripted police officer in Seoul’s Gangnam district, from which he has since been suspended, according to the Korea Herald.
Prior to the overdose, a photo of a handwritten letter by T.O.P was posted to YG Entertainment’s website, where the BIGBANG member addressed the incident and apologized to his supporters.
“First of all, I would like to extend my sincere apology to many of you for causing huge disappointment and disturbance,” he said, according to a translation by the same newspaper. “I feel so embarrassed that I can’t show myself in front of you to apologize.
“I have no excuses and deserve any kind of punishment. I feel very regretful and fearful for having left an irreparable scar in everyone’s hearts, including our members, my agency, friends and family. I will reflect on my wrongdoing over and over again. Once more, I apologize for not being able to apologize to everyone personally.”
As one-fifth of BIGBANG, T.O.P became one of the most recognized musicians in Asia, with his deep-voiced raps becoming a mainstay of the group’s sound over the past decade. Aside from his role within the band, T.O.P has also pursued a solo career in music and appeared in a variety of South Korean films and television shows.
T.O.P began his obligatory service in South Korea’s armed forces as a policemen in February. His first trial regarding the marijuana investigation will take place on at the Seoul Central District Court on June 29, and will determine how his sentence affects his military service.
Source: Billboard