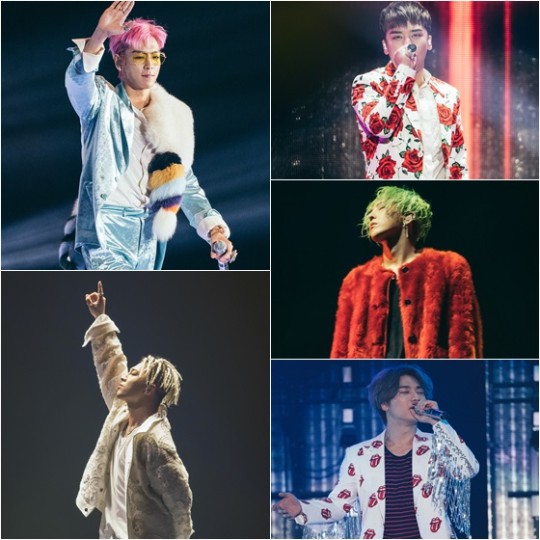 BIGBANG held concert titled “BIGBANG10 THE CONCERT : 0.TO.10 FINAL IN SEOUL” on January 7 and 8 at Gocheok Sky Dome in Guro-gu, Seoul.

All the tickets for the concert were sold out and total 64,000 fans enjoyed the time with BIGBANG at the concert. BIGBANG fascinated fans by presenting performances of more than 20 songs in the concert. The concert drew all the more attention, as it is the last concert by all the five members of BIGBANG in Korea before the eldest member T.O.P joins the police for this mandatory military police in February this year.

As it had such a special meaning and BIGBANG is famous for their passionate performances for every concert, the concert at Gocheok Sky Dome drew keen attention from not only BIGBANG fans but also Korean celebrities. Indeed, many Korean stars were spotted at the concert.

Not only YG Entertainment’s colleague artists including JINUSEAN, WINNER, and BLACKPINK, but also famous singers and actors such as Uhm Jung-hwa, Lim Soo-jung, Park Bo-gum, BTS, and NS Yoon-G were spotted in the audience of the BIGBANG concert.

By the stars spotted in the audience at BIGBANG’s concert, the team’s enormous popularity has been proven once again.