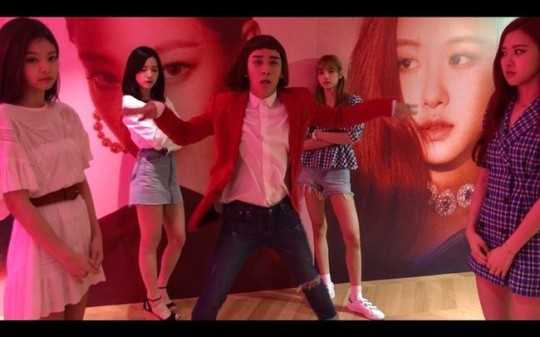 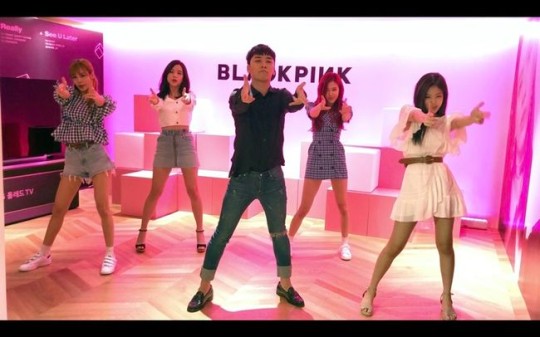 On June 22, SEUNGRI uploaded the cover video of BLACKPINK’s ‘DDU-DU DDU-DU’ on his social media.

SEUNGRI perfectly covered the choreography for ‘DDU-DU DDU-DU’ along with members of BLACKPINK, gathering attention. The chorus ‘Hit you with that ddu-du ddu-du’ was edited into the song ‘Tunak tunak tun’ by Indian singer Daler Mehndi, making the viewers burst into laughter.

While to fierce mood rapidly switched into a comic mood, SEUNGRI threw his body between members of BLACKPINK, while wearing a Mansama wig. JISOO and LISA supported SEUNGRI’s dance without facial expression while JENNIE and ROSÉ acted as if they were surprised, making the video more interesting for the viewers.

The video was created with SEUNGRI’s surprise idea, as he wanted to help promote BLACKPINK’s new song ‘DDU-DU DDU-DU’. SEUNGRI offered to create a cover video when he met the members at the BLACKPINK concept pop-up, and the members happily accepted. BLACKPINK taught the choreography for ‘DDU-DU DDU-DU’ to SEUNGRI. He quickly learned the focal points of the dance, which helped him complete the video more smoothly.

SEUNGRI will release his first official solo album on July and expected to make comeback as a solo artist in 5 years. Furthermore, he will hold his first-ever solo concert ‘SEUNGRI 2018 1st SOLO TOUR [THE GREAT SEUNGRI] in SEOUL x BC CARD’ in Jangchung Gymnasium, Seoul, from August 4~5 at 6 PM to meet his fans.