BIGBANG?s Seungri Talks About Co-Stars and Growth Ahead of Japanese Movie Release 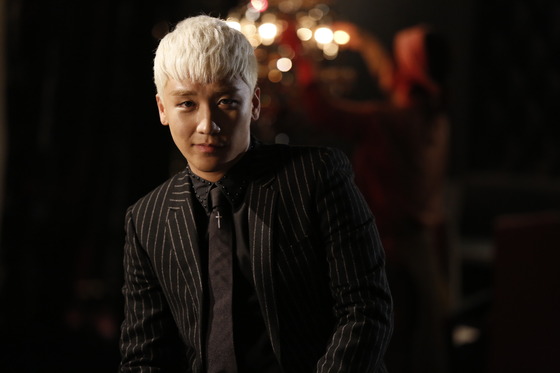 BIGBANG?s Seungri is making his big screen debut! The singer will appear in the Japanese movie ?HiGH&LOW? on July 16.

Seungri will be playing the role of Lee, the son of the head of a Korean crime syndicate. Lee is said to be a cunning and cold-blooded character, a 180-degree change from the singer?s normally bright and energetic personality.

In 2013 Seungri appeared in the Japanese TV movie ?The Files of Young Kindaichi: Lost in Kowloon.? Ahead of the release of his movie, he will be appearing in the drama ?HiGH&LOW Season 2? as well. The first episode is scheduled to air on April 23.

?HiGH&LOW? is a big project involving the release of a film, a manga, and an original album. The project is drawing attention for the appearance of the Japanese boy band Exile.

Seungri said about the project, ?I was excited to work with the Exile members. I was worried about my first filming but I learned a lot about a character I?d never played before. It was fun and I hope that I can grow through this opportunity.?

BIGBANG will be setting out on their Japanese fanclub event tour starting April 22 and is expected to hold a domestic concert in the summer to mark their 10-year anniversary.