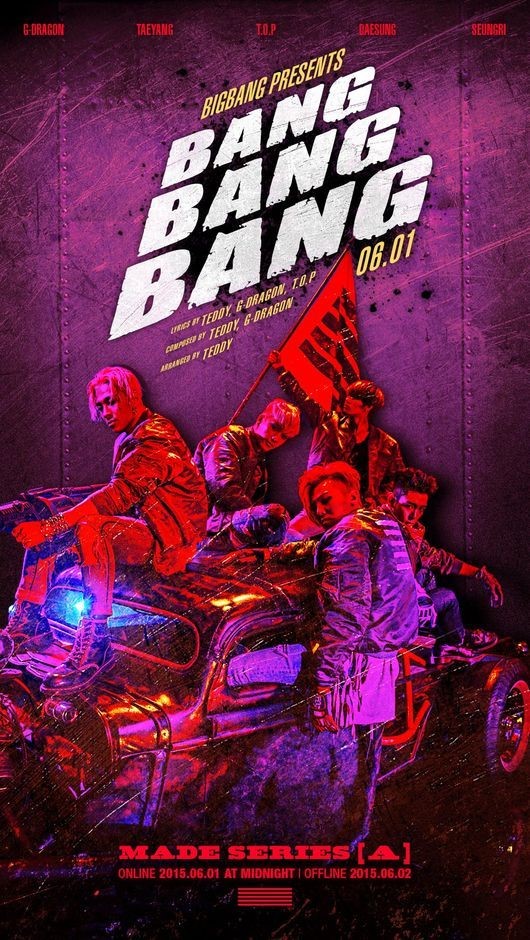 [OSEN=??? ??] GD, T.O.P and YG’s representing producer TEDDY are attracting much attention for being involved in BIGBANG’s upcoming track “BANG BANG BANG” that is to be unveiled on June 1.

On May 28 at 3:30pm YG Entertainment uploaded a poster of “BANG BANG BANG” featuring the members on its official blog (www.yg-life.com). Filled with powerful red and purple, the members standing around a vintage car attract much attention with their unique hairstyle and fashion sense.

YG also announced the titles of the new tracks “BANG BANG BANG” and “WE LIKE 2 PARTY,” which is heightening expectations among the fans.

The following album “A” featuring “BANG BANG BANG” and “WE LIKE 2 PARTY” will be sold upon reservation until May 31, and from 12am on June 1 the album will be sold across the country in online shops, and on YG’s E-Shop and offline stores from June 2.