BIGBANG is sweeping No.1 on music charts for 8 days in a row 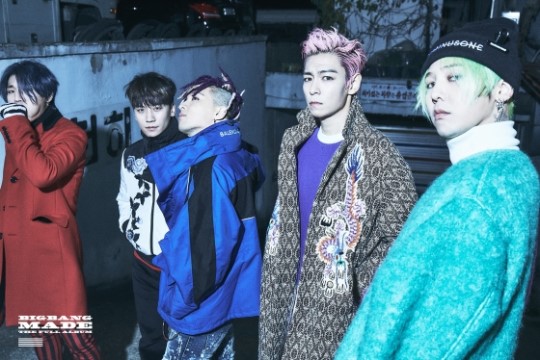 [스타뉴스=길혜성 기자] BIGBANG is showing their enormous influence on music charts, sweeping No.1 on charts for eight days in a row since the release of their new songs.

As of December 20 at 7AM, BIGBANG is in No.1 on the real-time music chart of two major music-streaming websites in Korea – NAVER Music and Monkey 3 – with “FXXX IT”, one of the double title tracks of “MADE” full album released on December 13 at 0 o’clock.

With such record, BIGBANG is showing their enormous influence on music charts, taking No.1 on major music charts in Korea for eight days in a row since the release of “FXXX IT”.