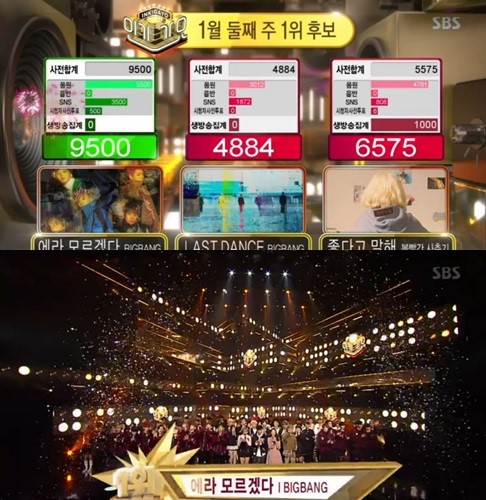 [스타뉴스=윤성열 기자] BIGBANG takes the no.1 spot on Inkigayo for three consecutive weeks.

In the afternoon of January 8, BIGBANG’s “FXXK IT” topped the chart of SBS’s Inkigayo. The song is the title track of the group’s recently released “MADE” album.

BIGBANG made a comeback on December 13 last year, and their song “FXXK IT” has now become no.1 on Inkigayo charts for three weeks in a row. The group took the no.1 spot on December 25, 2016, and January 1.

“FXXK IT” is a groovy medium tempo hip hop song that has fun lyrics just like the title. Upon release, the song has dominated the charts.