171213 cr. HyejinMani23
Daesung, the winner of today's event, gets to take a gravure photo. GD styled Daesung for the shot, yanking his t-shirt sleeves up and bunching up his jacket to make "boobs" ???? Check out Daesung's gravure idol pose at the end ????pic.twitter.com/gpXAqUEcnq 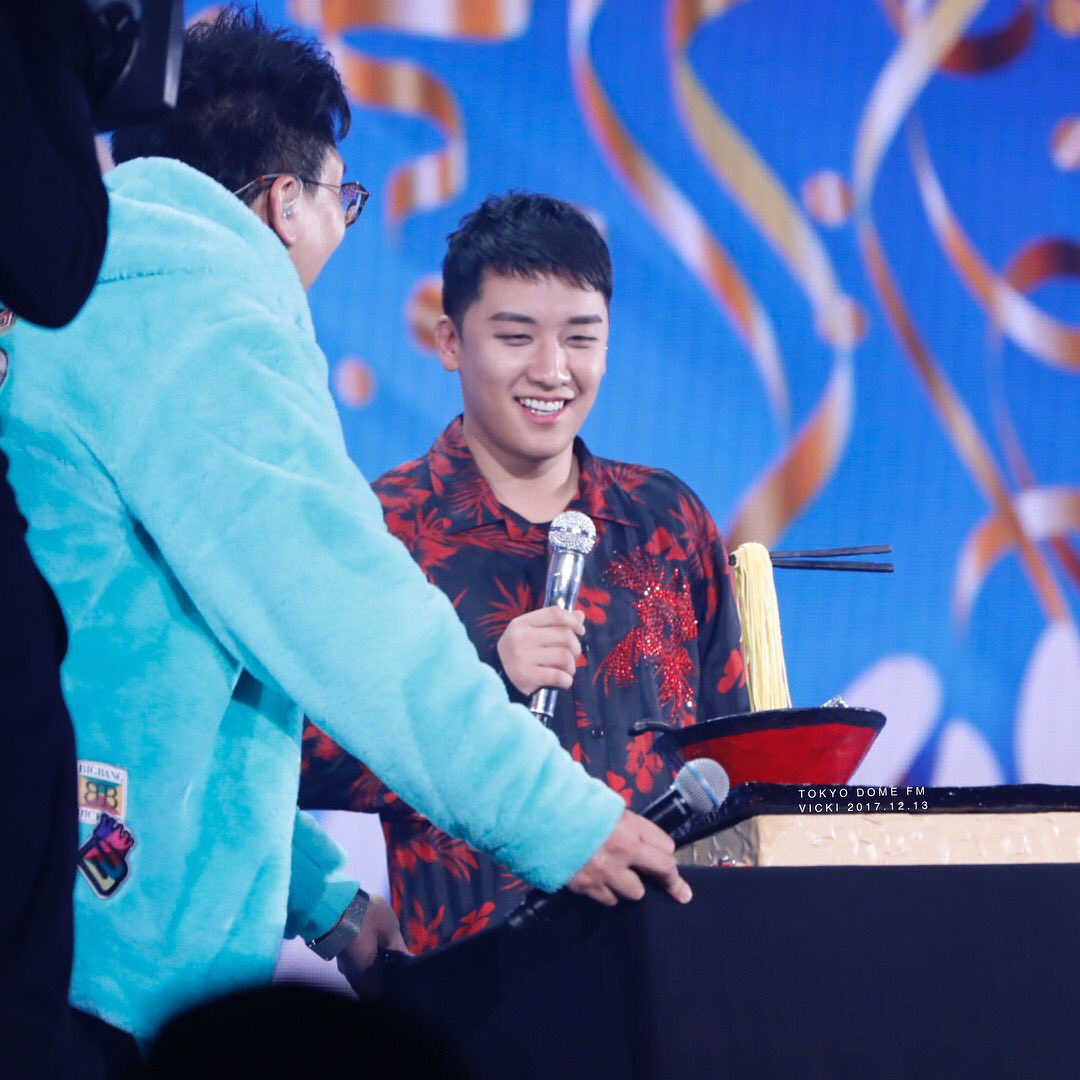 When they showed vids of BB's debut showcase back in 060915 the members laughed so much at how energetically TOP danced and how his voice sounded so hyper and high-pitched back then ???? When they paused the vid when TOP was smiling Daesung said "Were his teeth that pretty?" ????????

The members were shown a video of their debut showcase. The video stopped in between with questions about the performance, like its title, what was the 2nd song, how did GD introduce YB, what video was shown at the break etc. It was so fun to watch them watch themselves in 2006????

171213 Seungri's birthday celebration on stage at the special event ???? The "ramen" he's holding is actually a cake ???? #tokyodome pic.twitter.com/pdhPxpieVU 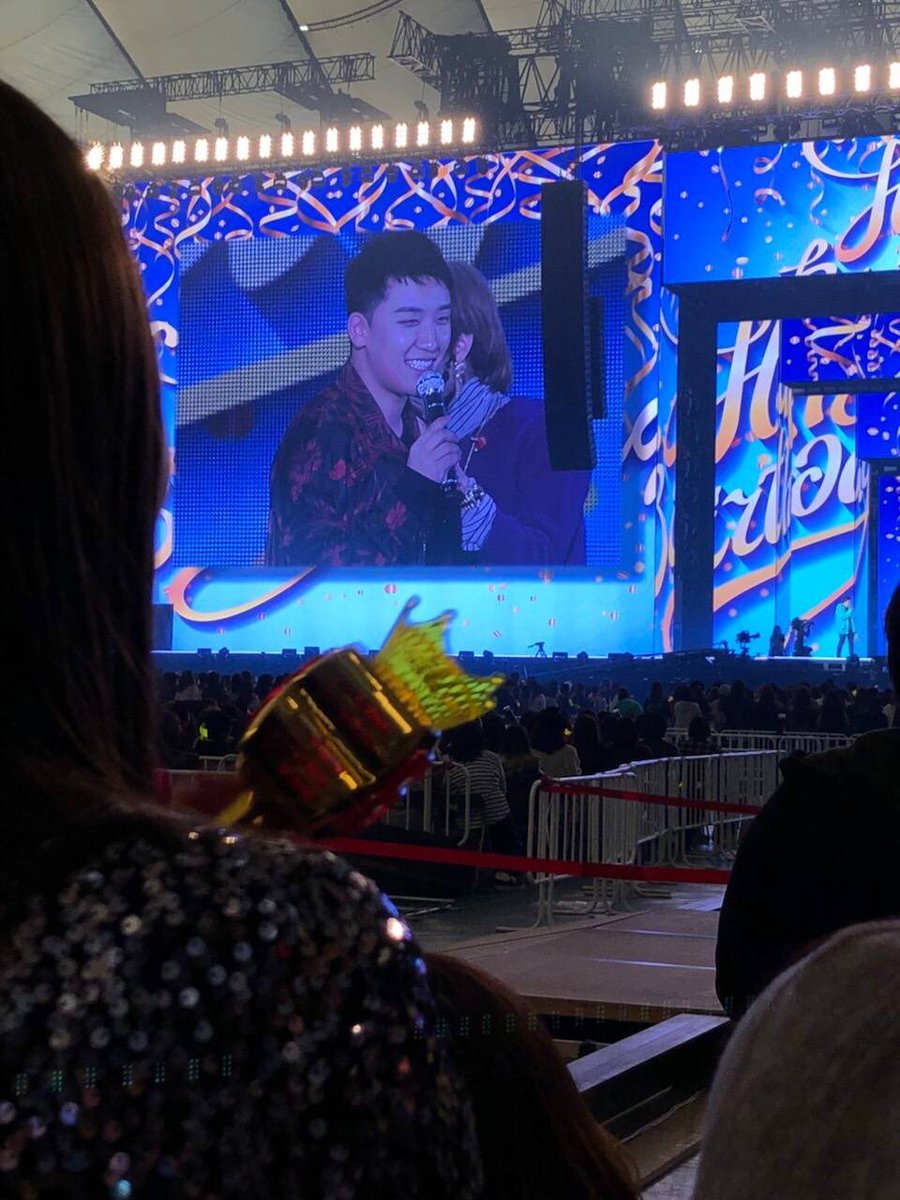 BIGBANG celebrated Seungri's birthday at the special event (fan meeting before the concert) today in Tokyo ???? The staff had prepared a cake with ramen motive (looked like a table with a bowl of ramen on it) ???????? they all took a picture together too ❤️ 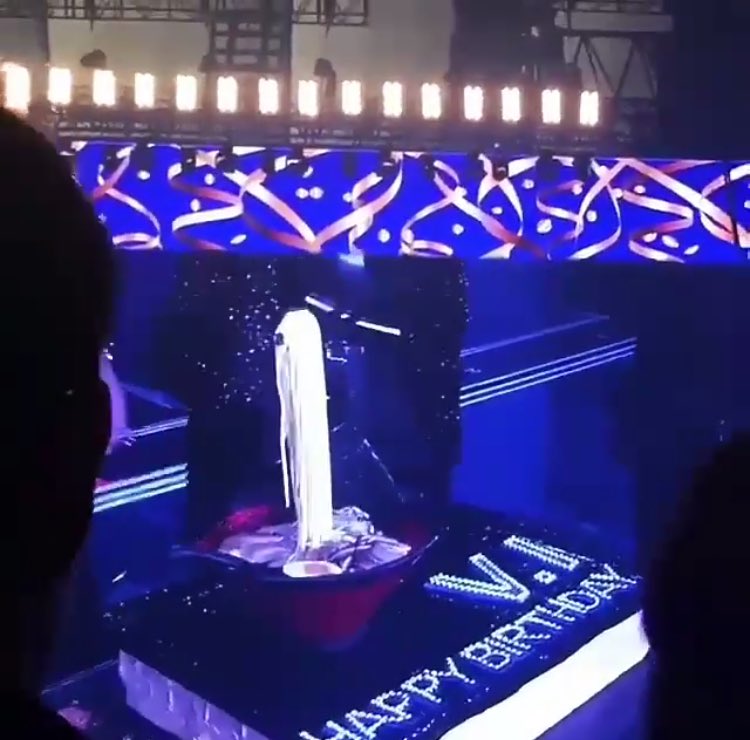 GD kept asking Seungri why he never cries when the members and vips prepare a bday surprise for him on stage but did cry when YG did it yesterday ???? GD continued asking "Why? Why? Why? Why?..." I don't know how many times, so annoyingly cute ???????? #specialevent #tokyodome

Click on any of the photos below to see an enlarged version.