Divina Comedia was added back onto the playlist after G-Dragon did not include it in Fukuoka.

GD said yesterday he met a member of BIGBANG “wanna know who? I don’t know who” he said he bragged to him about his bday & BB11 celebration in Fukuoka. He said they cheered together (on their anniversary)

GD was wearing the tour merch pyjamas for encore. After band intro he lay down on the stage and asked everyone to leave “I’ll sleep now!”
Then he sang Untitled while lying down (later he sat up) in his pajamas ❤️

Towards the end of CROOKED he went to the area where Bennie & Omar were, grabbed one of the basses and started playing in very cool poses ????

GD also tried playing the keyboard but no sound came out (cuz it was not connected?!) so he gave up ???? When the song ended he returned the bass to the staff and while laughing he offered his mic to Omar (since he had “borrowed” his bass ????) and was totally surprised when Omar actually took it and said sth to the audience. GD burst in laughter, so cute ???????? The whole night he kept joking w/ the band members 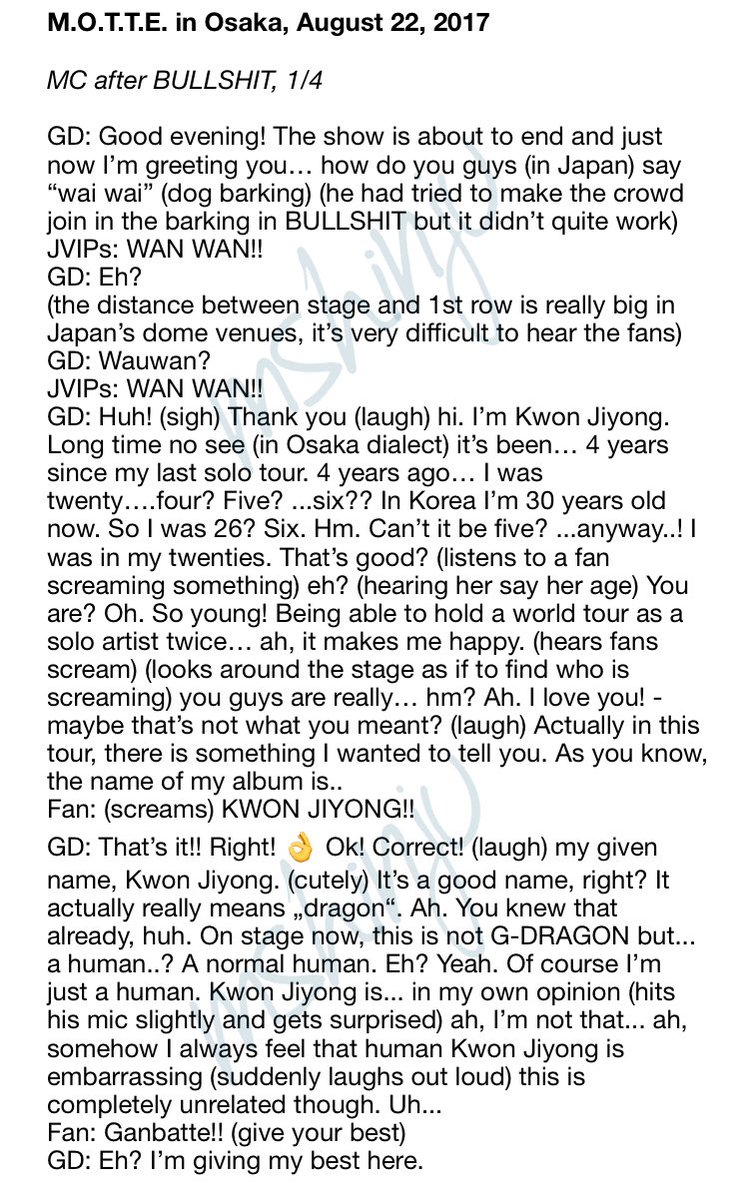 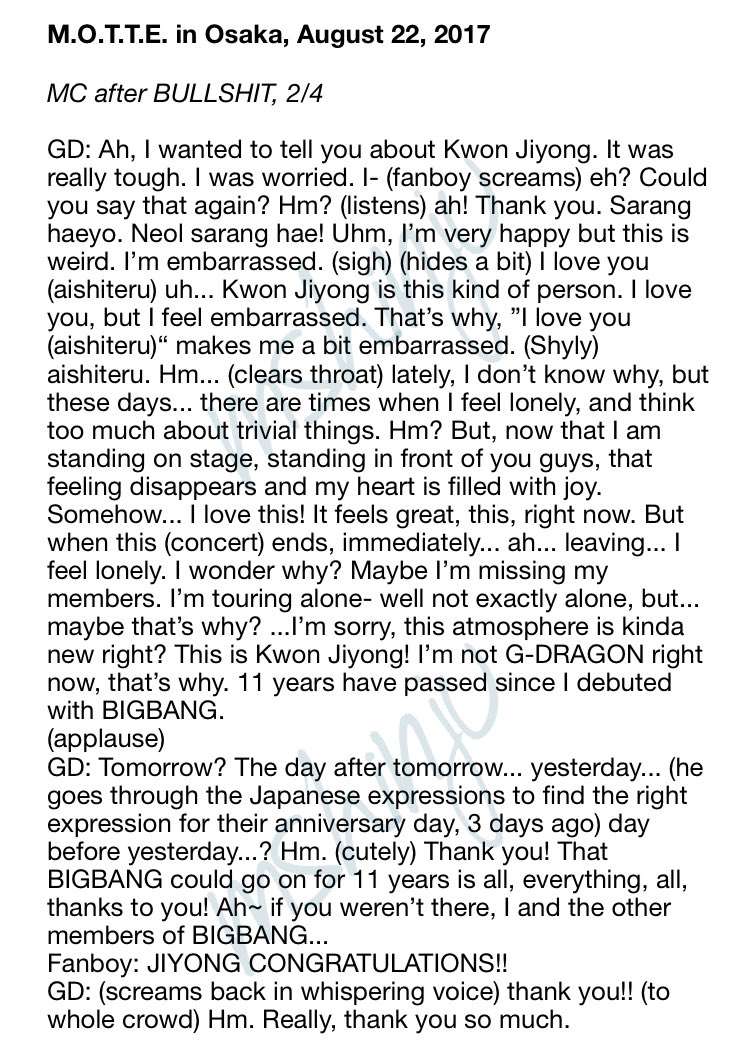 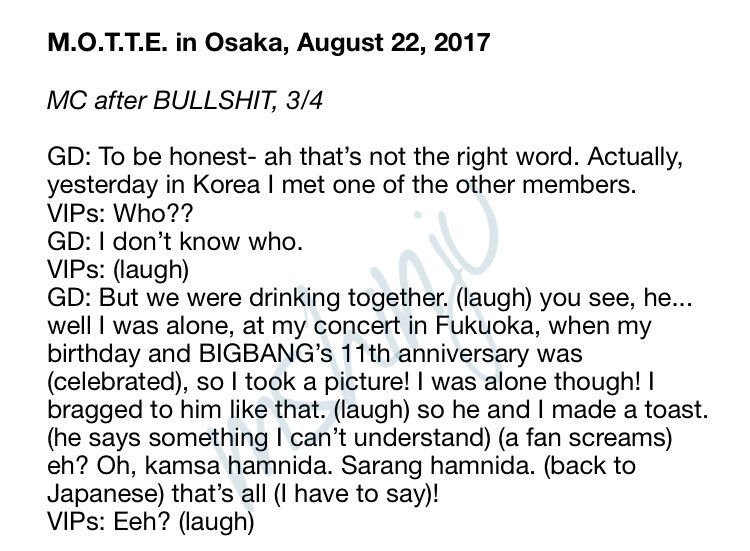 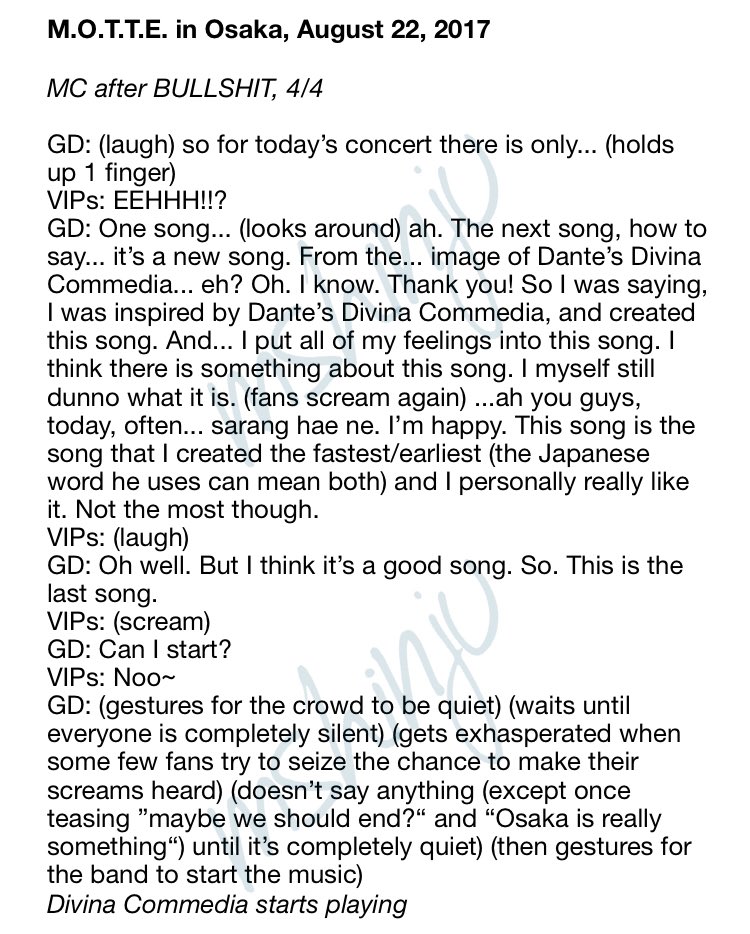 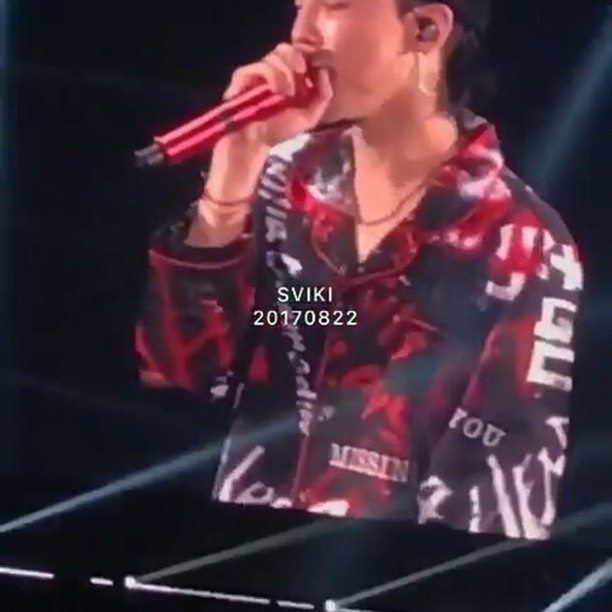 Jiyong ran towards the band took the guitar and started playing .. he is so cute ..so smiley and happy today❤️
©®➮团权团长#MOTTEInOsaka pic.twitter.com/ewwKtgQXiT

Credit: as tagged and 团权团长