1.BIGBANG had to play a bottle opening game. Dasesung’s bottle opener broke and he was unable to open even 1 bottle, so he lost the game. His punishment was wearing large pants that had a balloon in the butt. The balloon was then filled until it popped.

3.During question and answer segment, Seungri said “GD oppa I think I like you. What should I do?” The MC commented “He doesn’t understand.”, to which Seungri stated “he understands.”

4. Another punishment all of BIGBANG had to do was drink Durian milk.

5. During the lie detector game, T.O.P was asked if he liked girls who wore makeup or girls who look natural. TOP said ” I like girls whether they wear makeup or not, as long as they’re girls.” Then the detector buzzed. The MC jokingly asked “Do you like boys?”, but it seemed the detector was broken, because it would not work after that. Seungri asked “What is this…” in relation to the broken detector. The MC simply stated “This is an unsolved secret…”

6. During the beginning of their “Loser” performance, there was a malfunction and only GD and Seungri wound up being on the stage. Daesung was seen laughing about it later (while singing). Taeyang came on during T.O.P’s part and T.O.P and Daesung came on together during Daesung’s part.

7. Seungri was asked about why he came out early during the “QQ Awards” performance the night before. Seungri commented that it was so awkward, that he didn’t know what to do, but he didn’t want to just walk away, so he stayed there.

8. When asked what superpower he would like to have, Daesung answered “Body replication, so I can back hug the fans in a cold weather like this.” 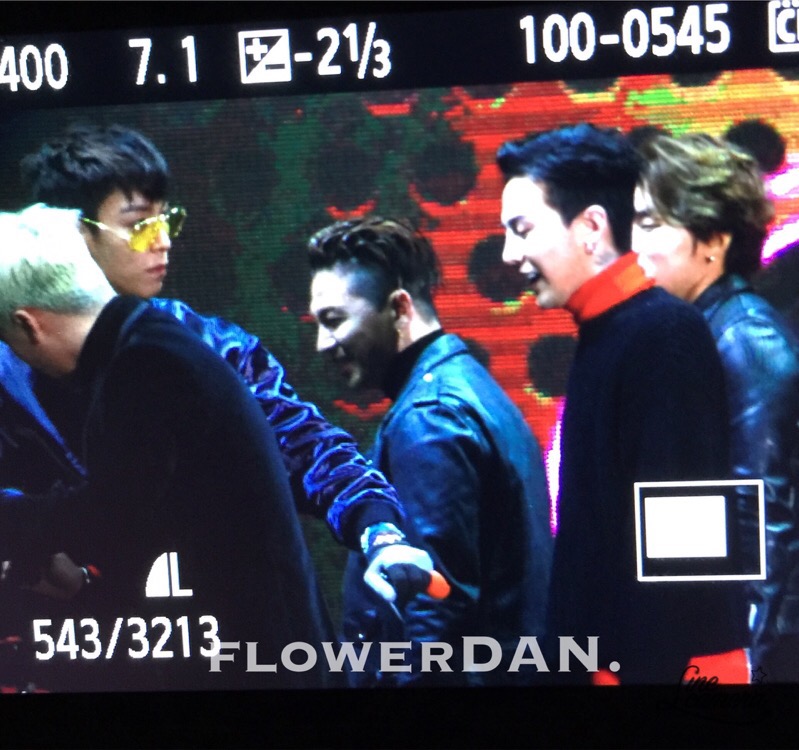 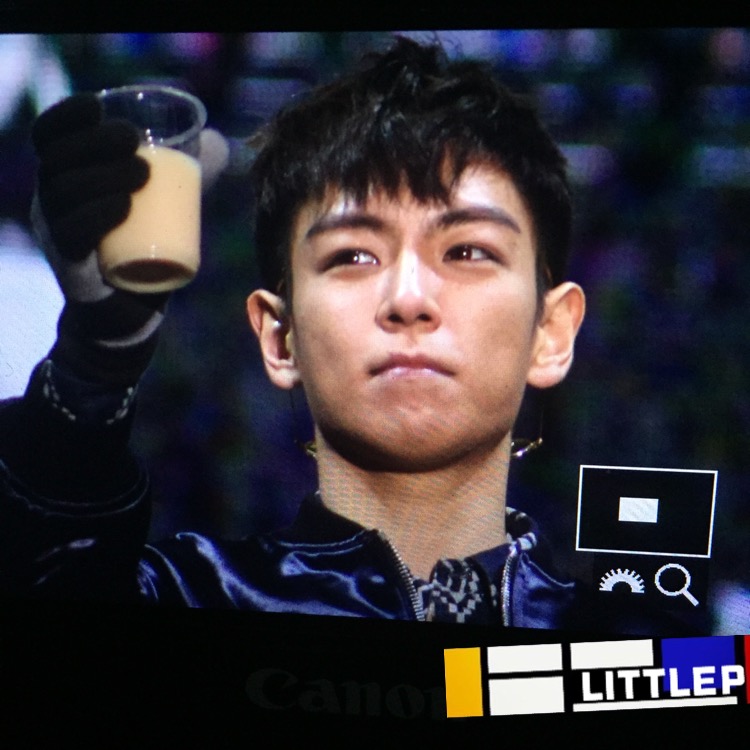 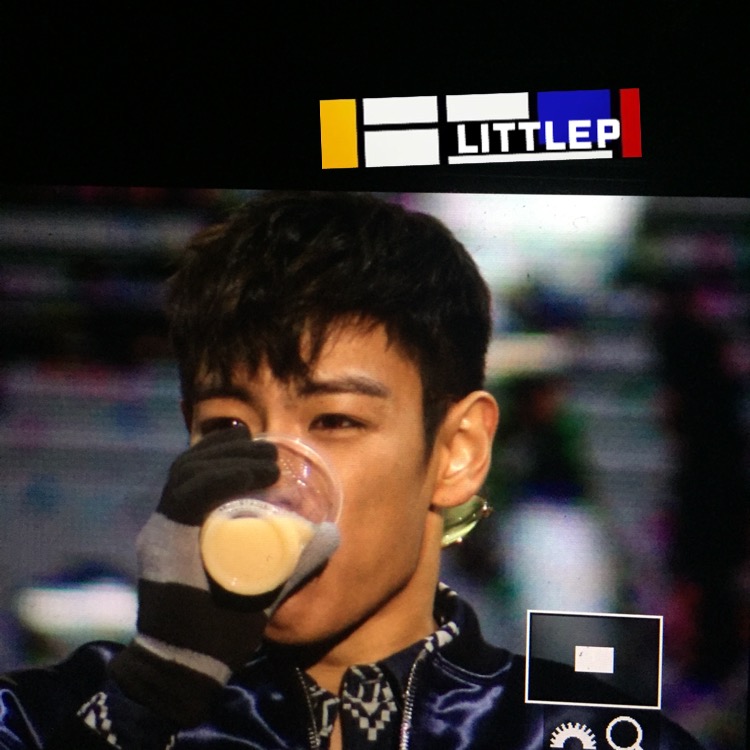 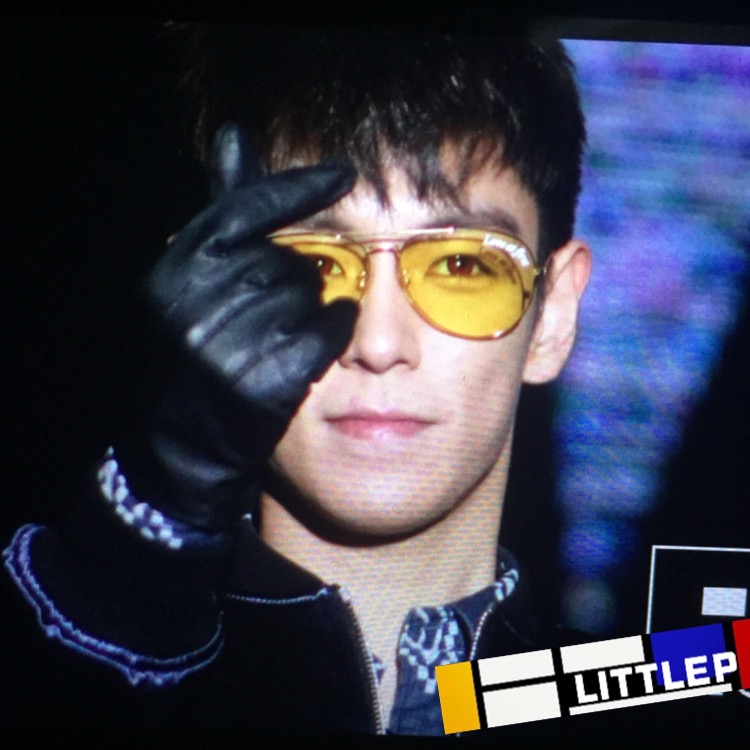 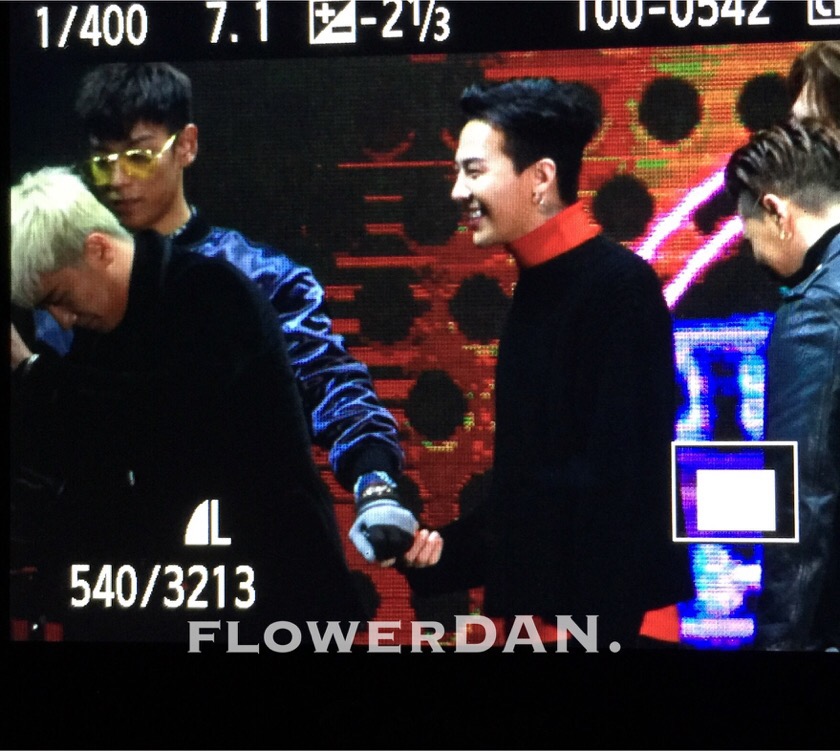 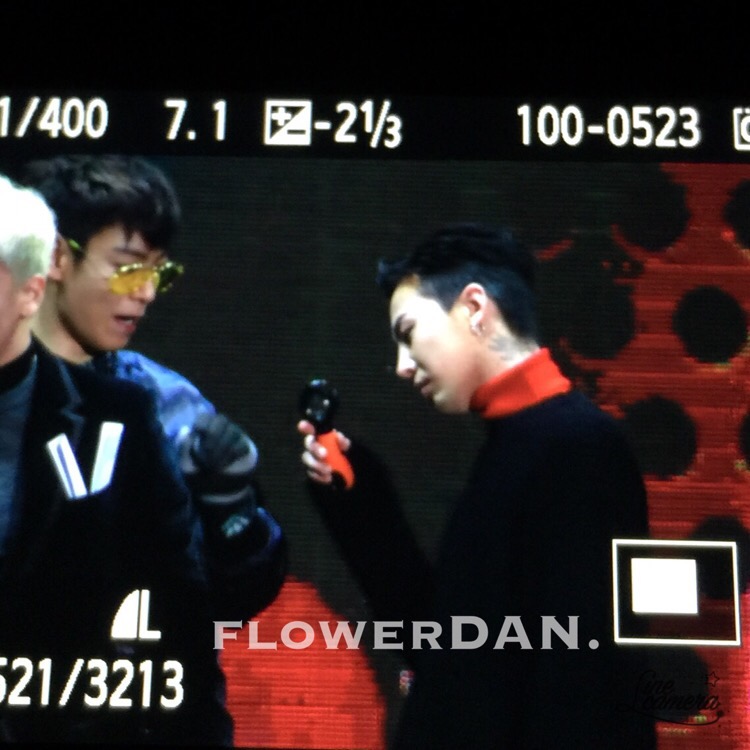 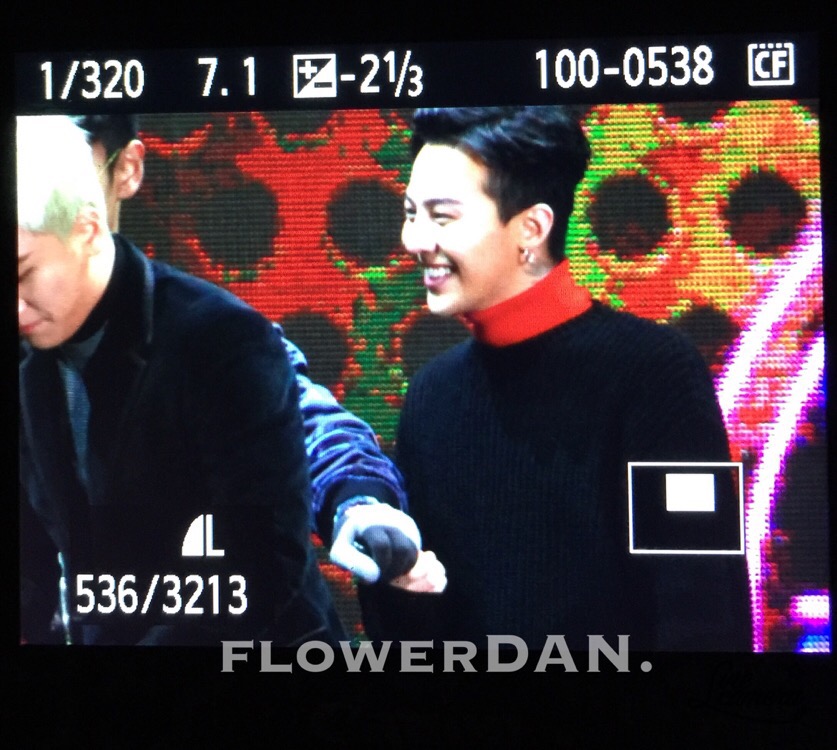 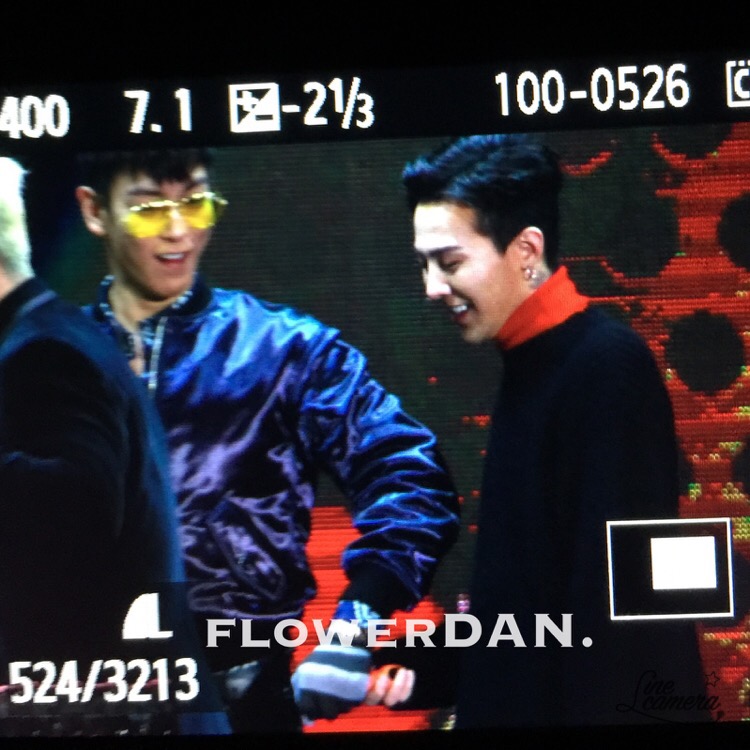 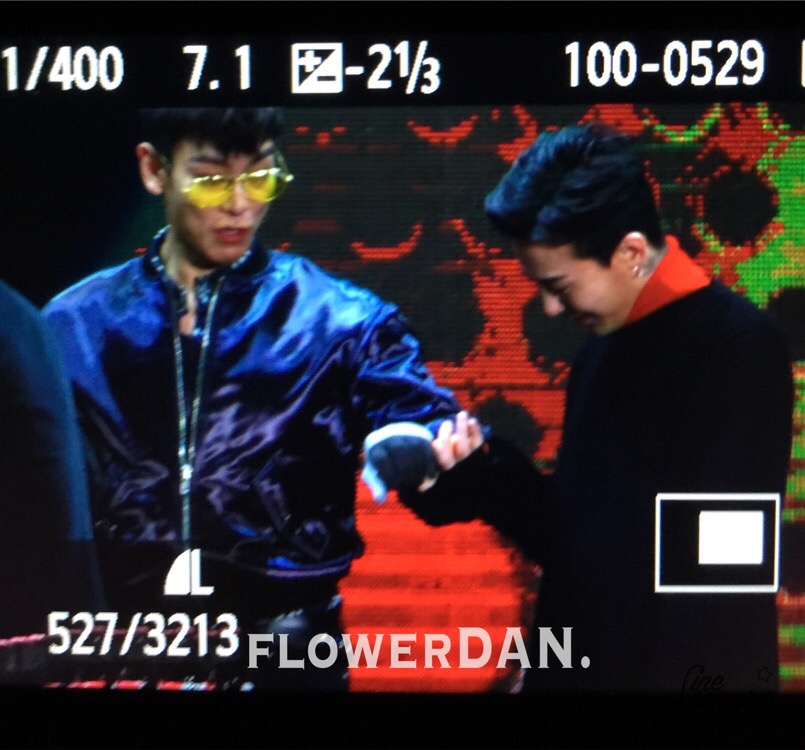 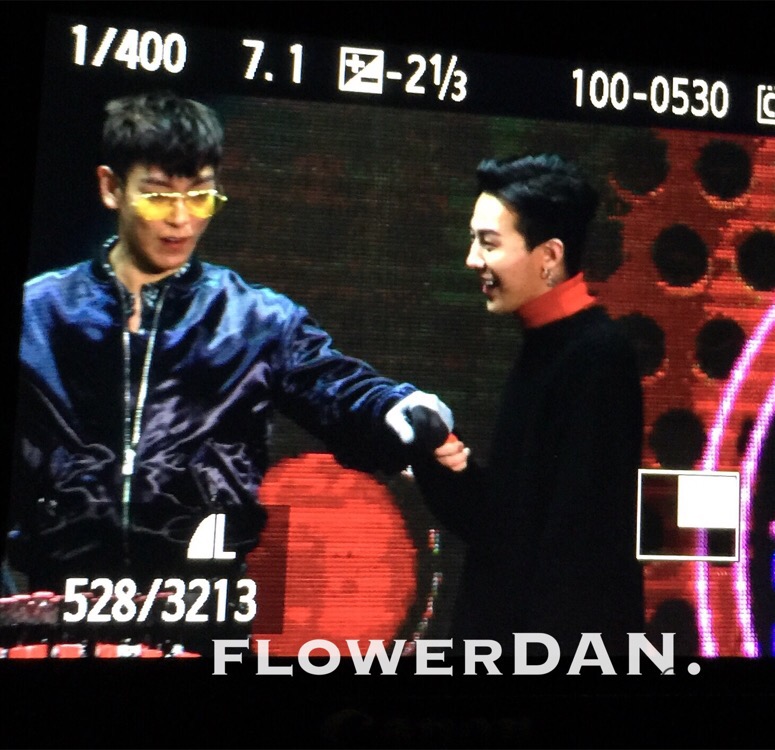 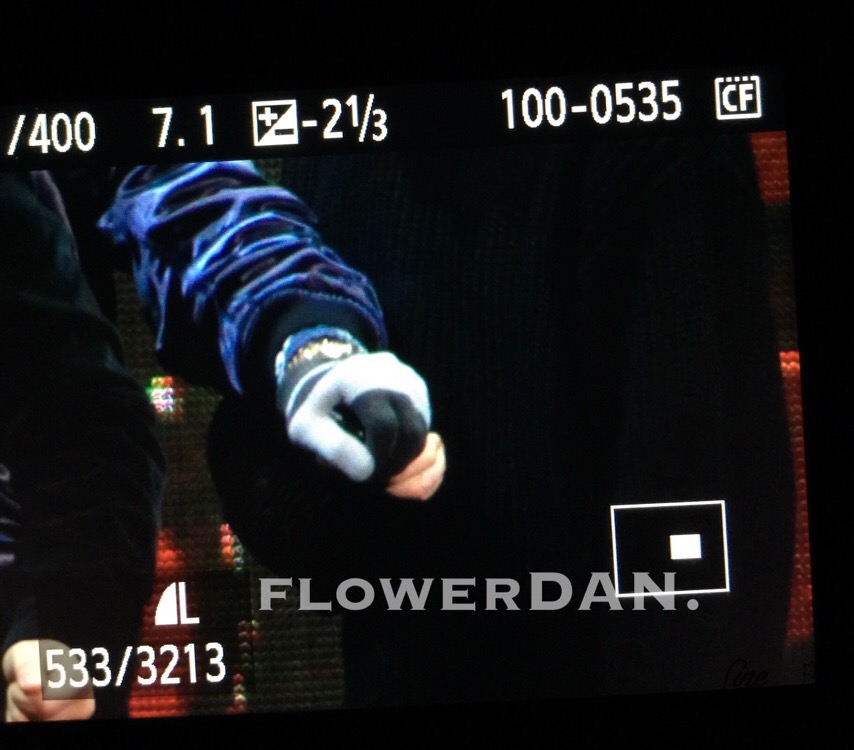 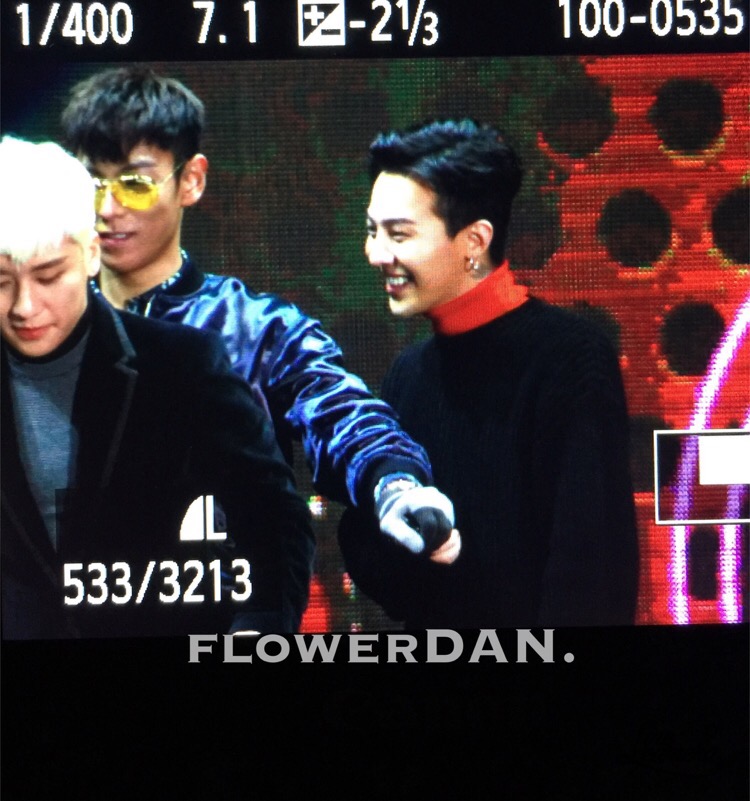 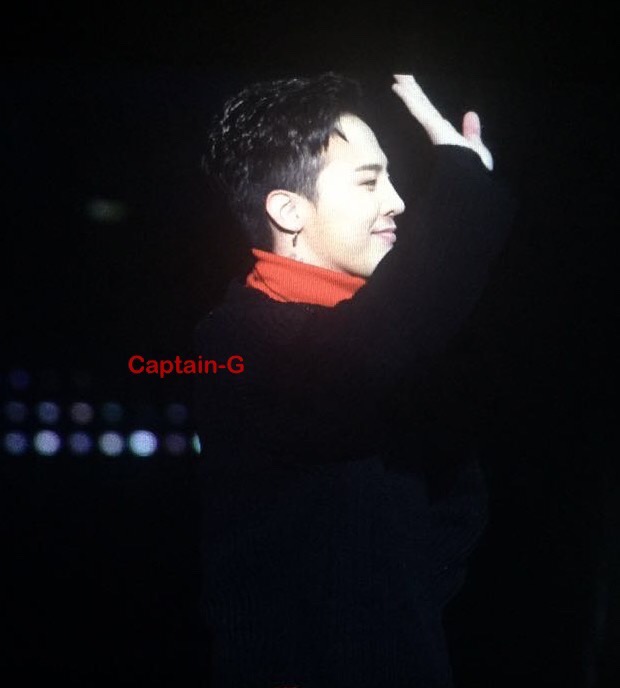 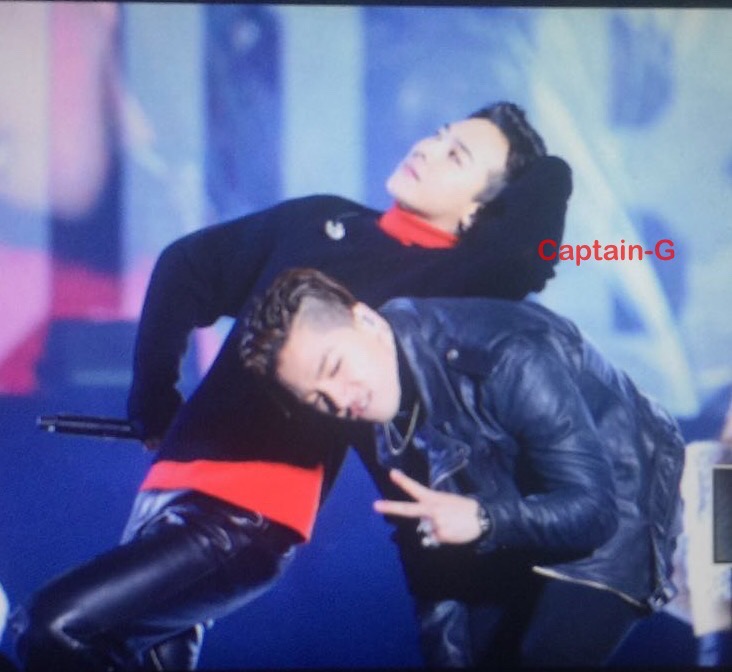