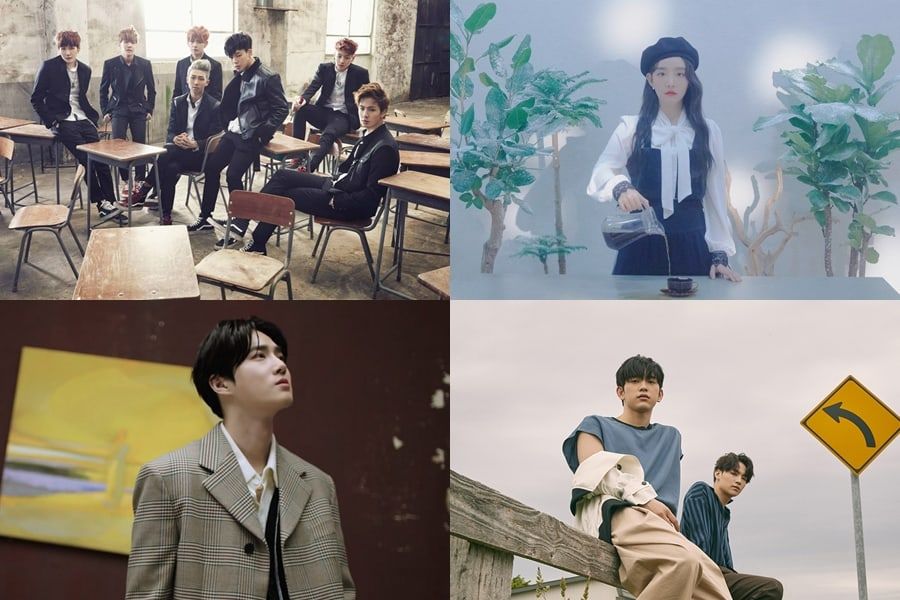 K-pop is a music genre that welcomes and encapsulates all other genres within. Aside from Korean rock bands like Nell and Hyukoh, K-pop/rock groups such as DAY6 and CNBLUE, and idol groups known to have mastered the rock genre like DreamCatcher (to name a few), some other idols — soloists and groups — have experimented with rock.

To look more in-depth into their versatility, here is a list of K-pop artists who gave rock a try (and rocked it!).

Kim Heechul paired up with TRAX’s Kim Jung Mo to form “M&D,” which stands for “Midnight and Dawn.” The duo picked rock as their signature style and released a fair share of songs where they showed off their talent. To take you back to where it all started, check out their first-ever single “Close Ur Mouth,” composed and played by Jung Mo and written and performed by Heechul.

Younha is no stranger to rock. Her music is heavily influenced by the genre that her signature sound is a mix of piano rock and modern ballads that she has carried with her since debut. This following sweet tune would appeal to ballad and rock lovers alike.

Another idol to bring back laid-back rock music to the table is Suho in his debut release as a solo artist. In his title track “Let’s Love,” he sends us on an emotional journey through warm lyrics that perfectly match the slow-tempo instrumental.

G-Dragon has explored many concepts throughout the years, and rock is no exception. In fact, “Crooked” from his album “Coup D’Etat” happens to be one of his most memorable releases. The single embodies a pop-ish punk rock sound that is vividly represented through the lyrics, the instrumentals, and the visual performance.

Sunggyu’s story with rock started way before he became an idol. When he was in high school, he was part of a rock band called Coma Beat. Later, he auditioned in the hopes of becoming a rock singer but he ended up being signed as an idol. Nonetheless, Sunggyu’s passion lived as he finally got to make his dream come true via his solo debut “60 sec,” where he got to become one with his favorite genre.

Hyunsik is yet another group member who chose to venture into rock music as a solo artist. Infused with an indie vibe, this is the perfect combination for fans who appreciate both genres. The sentimental track sends listeners on an emotional rollercoaster while being serenaded by the mellow beat.

Throwback to BTS’s early years during the “Skool” trilogy era, where they made quite an explosive comeback with their promising hit “Boy In Luv.” The septet stays true to their musical identity, as they usually fuse genres just like they did with hip hop and rock in this track. Combine these two with a powerful performance and a rebellious attitude, and you get yourself quite the rock show!

If you ever want to host a rock-themed concert during a long drive, you definitely want “Tomorrow, Today” on your playlist. The drum intro alone beautifully encapsulates the genre, followed by the inspiring lyrics co-written by Jinyoung and JB. Adding their smooth vocals to the mix makes this duet a soft rock song that is simply perfect for field trip days.

Before WINNER came to be and Kang Seung Yoon became their leader, he briefly debuted as a soloist in 2013. He integrated rock in his early releases, namely “Wild and Young,” which literally screams rock n’ roll. This genre fits perfectly with Seung Yoon’s strong vocals and matches his wild and young aura. Enjoy the nostalgia!

B.A.P has always been known for their energetic and fiery style, and they have delivered again. Co-written by Bang Yong Guk, this song adopts a typical rock concept and invites the audience to party hard rock star-style and to keep their worries behind.

Pentagon has given us a taste of many genres throughout their music releases, and incorporating rock was only a matter of time. Behind the cheerful spring vibe lies a fun, alternative rock melody that was composed by Kino. It goes without saying that this song is set to get you on your feet and jam to it carefree!

What other K-pop idols have pulled off the rock genre? Let us know in the comments below!