10 Times BIGBANG’s Seungri Made Us Crack Up 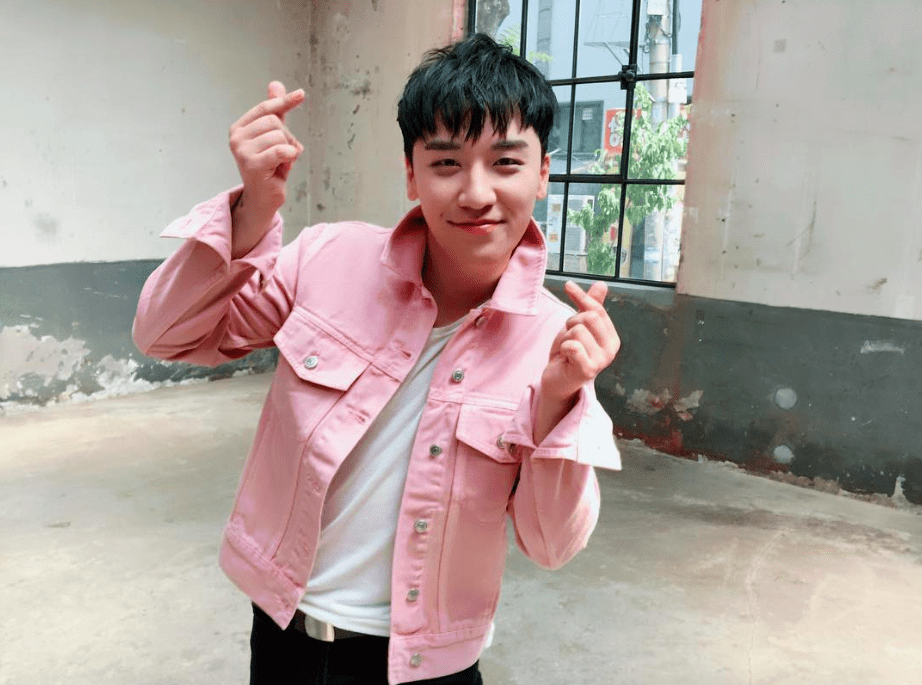 Seungri is finally coming back with a solo album! Alongside the amazing music he’s releasing, we can be sure he will show us his one-of-a-kind variety skills and spoil us all with hilarious stories and jokes. BIGBANG’s youngest has made us laugh out loud countless times and here’s only a few of his most entertaining moments.

Let’s anticipate more of his legendary anecdotes and savage comebacks this time, too!

Imitation of his bandmates

If BIGBANG’s maknae sees an opportunity to imitate his beloved members, he always takes the chance. From songs and dance moves to the way they talk and act – he never seems to stop.

It all started with an Instagram post showing Seungri in a white T-shirt with the word “Everything” on it, but being the extra man Seungri is, he just couldn’t stop using his most iconic sentence every time BIGBANG won a meaningful award.

When Seungri visited “Ask Us Anything” with his label mates iKON, he saved the day when the cast of the program couldn’t hear the show’s name “Mari and I” properly. While talking about marijuana could’ve been a sensitive topic for him, he saved us the embarrassment and made the joke his own. His variety skills even impressed Kim Heechul so much that he actually gave Seungri a big hug.

Beyoncé who? Seungri owns this song and choreography without a doubt! His dedication is really something to admire.

As the youngest, Seungri was often asked to do aegyo in the past and his talent hasn’t disappeared. When BIGBANG finally appeared on ‘Weekly Idol,” he showed us his own, very unique version of the “Gwiyomi song” and shook not only his fans, but also his members. G-Dragon cringed all the way during his performance and T.O.P really couldn’t handle it after a while.

Seungri’s flirtiness plays a huge role into why BIGBANG’s 2015 MAMA stage became so popular. During his part in “Bae Bae,” Seungri decided to sit on EXO member Sehun’s lap and singlehandedly end all fanwars. The most beautiful outcome of the story is that the two powerful maknaes are actually really good friends now.

Accepting awards for Yang Hyun Suk? Not a problem

YG Entertainment’s CEO probably regretted not attending the 2016 Gaon Chart K-Pop Awards as Seungri thought it was a good idea to give a speech in his stead. GD almost collapsing from laughing too hard is all of us.

Remember that time Seungri got the most congratulations for his birthday from the other members? T.O.P and Taeyang wasted no time uploading Seungri’s reaction to them repeating, “Happy Birthday Bro! Dope birthday bro! Congratz,” on a loop. His facial expression made the whole joke 10 times funnier.

Honorifics for the elder members are really important in Korea, so when Seungri repeatedly forgot to call T.O.P his “hyung,” the eldest couldn’t help but share the story on a tv show, too. Seungri’s explanation just turned the scenario even more ridiculous and showed us the great bond between BIGBANG members.

No matter what he does, Seungri’s laugh can crack us up anytime. He definitely has one of the best laughs in K-pop!

V.I.Ps! Tell us about your favorite Seungri moments in the comments below!

When she’s not studying or working, fanniberger spends her time obsessing over K-pop groups and drinking way too much bubble tea. She’s currently jamming to NCT, SEVENTEEN and VIXX songs non-stop. Say hi to her on Twitter and Instagram!